Home >  Blog >  Some good news, but no time for being complacent

Some good news, but no time for being complacent 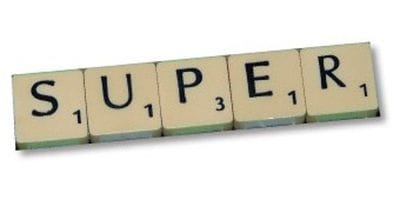 For the first time in 3 years the concessional contributions cap for individuals under 50 has increased to $30,000 which is good news. Concessional contributions are those contributions made by your employer, you through salary sacrifice or self employed deductible contributions. This is still $20,000 short of where they were when they were last changed, but it is a step in the right direction. So should you be reviewing your super arrangements? Absolutely, as super should form the foundation of your plan for financial independence.

There are two issues that I want to address, firstly, with the other changes made to super a lot of clients are asking us, should I still be putting the maximum into super? This is partciuarly the case for those of you earning over $300,000, who now have the extra 15% contributions tax. The second issue is with still low concessional contributions limits how do I plan for financial independence.

So let’s have a look at the tax situation for someone earning over $300,000. Firstly the higest marginal tax rate has gone up to 49% for earnings over $180,000, with a combination of the extra ½ medicare levy and the 2% surcharge introduced in the last budget. If $30,000 was contributed to super this would result in an income tax saving of 49%. Take two lots of 15% contributions tax and this results in a net tax saving as the money enters super of 19%.

But the tax as money enters super is only a small part of the overall tax benefit. The top tax rate once money is in super is 15% compared to 49% outside and currently at 60 it’s tax free. The later I didn’t believe when I first came to Australia as it seemed too good to be true. Of course this is subject to change and undoubtably change will happen, however it would need to be a fundamental shift from where things are at the moment before I would be advising clients who are in a position to, not to maximum fund super.

In respect of the second issue, clearly if you are a higher earning professional you cannot rely just on super as means to get you to financial independence. Let’s do the maths, if you are earning $300,000 and contributing $30,000 per annum into super, take of the 30% contributions tax, this nets down to $21,000. That’s 7% of your income. You don’t need to be be a genius to work out that isn’t going to be enough.

So what else should you be doing? That is beyond the scope of this article but what I will say is you need a plan and ideally that plan should consist of a number of different diversified strategies to help get you to where you want to be. The last point is at Medical Financial Planning where we start, and that is spending  the time to undestand what’s important to you, how you see financial indepedence and what you want to achieve inbetween. Only once we know this we can we put the plan in place to help you achieve it, with super unsually forming an integral part of that.