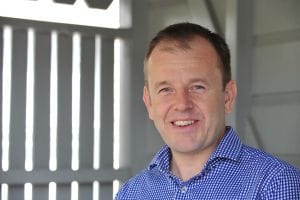 Released on 12 May, the Australian Government's 2015-2016 budget contains a number of changes for small business owners.

Read on to find out what those changes do - and don't - mean for medical business operators.

They aren't really changes until...
Although this year's budget provisions are a lot more palatable than last year, budget announcements don't come into force until budget bills pass through both houses of parliament. Last year, many of the government's announcements didn't make it through the Senate.

Governments will often bundle 'good' legislation with 'bad' in bills put to parliament. This is one strategy to push unpopular changes through a hostile parliament and senate.

I expect we'll know in the next month or so which aspects of the budget will be passed. Bear in mind that, if passed, some provisions will have retrospective effect from budget night.

Bear in mind that turnover is calculated using what are called 'aggregate' rules for example, if you are part owner of a practice, your personal turnover as well as the turnover of the whole practice (not just your share) may be included to determine if you exceed the threshold.

$20,000 write-off
A key small business provision announced in the budget was the introduction of an 'instant' tax deduction for assets costing up to $20,000 for small businesses.

Be aware that this deduction applies only to tangible business assets, not to building works or fit-outs, or to a private use family car. It also applies only to assets valued up to $20,000 excluding GST, and does not apply to assets greater in value.

Reduced company tax rate
The treasurer also announced the government's intention to reduce the company tax rate to 28.5% for all companies with a turnover less than $2 million from 1 July this year. However, the 28.5% company tax rate will not affect personal services income providers (like medical professionals), as their business profit MUST be distributed and declared in the individual tax return of the individual who generated the income.

It may affect service entities that are Pty Ltd companies, but it won't affect trust entities.

$1,000 tax rebate
The budget also introduced a $1,000 tax rebate for business profits. My view is this is a very small adjustment and a drop in the ocean with respect to the tax that medical professionals pay.

Capital gains tax change
The fourth significant small business initiative is to allow businesses with an annual turnover of less than $2 million to change their legal structure without attracting a capital gains tax  liability at that point, However, a significant part of business restructure costs is stamp duty, which remains unchanged. Hence this tax concession is less appealing than it may at first appear.

So what's really in it for medical businesses?
My view? The $20,000 tax write-off is the only proposal that will have any material effect on the tax position of doctors and dentists.

Once we know for certain that it has passed into law, you can rest assured that Medical Financial Group advisers will be considering it as part of financial planning for suitable clients.2015 federal budget small business changes - will they help medical business operators?